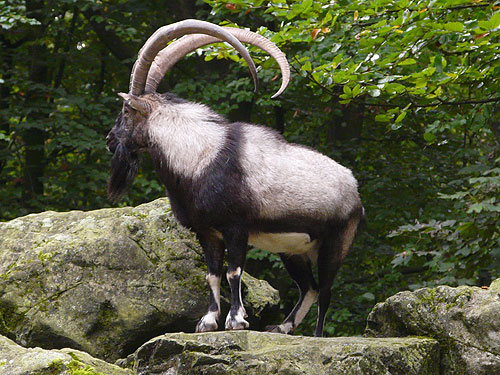 Crete is one of the most southerly parts of Europe, lying southern than many of the North African cities like Tunis and Algiers! With over 300 days of sunshine each year it enjoys the record for Europe, yet in the summer months the intense heat is eased on the north coast by the breezes of the “Meltemi”. In Spring there is a virtual explosion of wild flowers which makes the island a sight to behold and a joy to the senses. The start of the break up of the long dry months begins in October and November signifying the beginning of winter yet even the winter months can often have periods of lovely bright and warm sunny weather.

Crete is the fifth largest island in the Mediterranean with a land mass of approximately 8,331 sq.km. It is 255 km long and varies between 12 and 56 km in width and there is one place in eastern Crete where one can see both the Cretan and Libyan seas. The island is divided into four administrative regions, known as Nomos, Chania in the West, Rethymno and Heraklion in the Center of Crete and Lassithi in the East. The magnificent landscape of Crete is very mountainous with great gorges, caves and high plains. There are four mountain ranges, the Ida mountains in central Crete (2,456 meters high), the Lefka Ori or the White Mountains (2,452 metres high) in the west, the Dikti Mountains (2,148 meters high) and the Sitia Mountains (1,476 meters high in the east of the island.

There are endless opportunities to go walking and trekking in the mountains, most of which are covered in a variety of trees and shrubs, and have verdant high plains and plateau with fabulous vistas.

Aside from the majestic and inspiring mountain ranges of Crete, the variety of its wonderful coastline is equally stunning. Out of the total length of its 1047 km coastline, there are 155 km of beaches, most of which lie on the north coast, while in contrast, the South coast is a haven of little bays and small sandy coves ideal for swimming. On the north coast there are vast glorious sweeping bays, the most striking of which are Kissamos, Souda, Almiros, Malia, Mirabello and Sitia. The beautiful Bay of Souda is the largest natural harbour in the Mediterranean. The most spectacular of the Cretan gorges is the famous Samaria Gorge, which at 18 km long is the largest gorge in Europe. From somewhere in the region of a total of 3,000 caves, the cave on Mount Ida and Mount Dikti have become the most famed for their rich archaeological discoveries.

Cretan flora and fauna is well known for its vast variety. The great changes in climate and geology over millions of years have had a profound effect on the island’s plants and animals and as a result of this, today there are many varieties which can only be found on the island of Crete. One is welcomed by the picture postcard Mediterranean vista of endless blue sea and the mesmerising silver green hue of olive trees. Crete attracts many people who are interested in plants and they come to see the rich variety of flowers, herbs and trees.

The island of Crete is one of the most naturally healthy places in the world, where the people incorporate thousands of plants and herbs as part of everyday nutrition.

The islanders have developed a particular diet, which has now been proved to be one of the most healthy in the world. The basics of this diet are bread, pulses, nuts, vegetables, fruit, meat, fish, olive oil, cheese, spices, and wine.

From these ingredients in a great variety of combinations, spring the delicious array of Cretan specialities. Research which started in 1960, using data from seven countries, concluded in 1986 that as a result of their diet, Cretan people suffered notably fewer deaths as a result of heart attacks, various forms of cancer and other diseases compared to all of the other places in the study.

From a separate and further study, it was concluded that not only was the Mediterranean cuisine better for the heart and produced fewer heart attacks, but the Cretan diet was in particular extremely healthy. A large part is due to the island’s olive oil, which is produced in vast quantities on Crete and is basic ingredient in a multitude of dishes. So now increasingly, there is a demand for traditional Cretan specialities, and requests for old recipes. Therefore, not only does Crete offer a healthy climate but a particularly excellent diet. 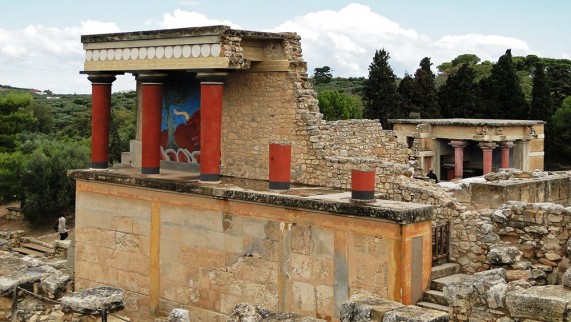 The first human settlements on the island, dating to the aceramic Neolithic times, ancient Knossos was the site of one of these major Neolithic (then later Minoan) sites. Crete was the center of Europe’s first advanced civilization, the Minoan (c. 2700-1420 BC). Early Cretan history is replete with legends such as those of King Minos, Theseus, Minotaur, Daedalus and Icarus passed on orally via poets such as Homer. Beginning in 1420 BC, the Minoan civilization was overrun by the Mycenean civilization from mainland Greece.

Crete was conquered by Rome in 69 BCE. Gortyn became the capital of the island, and Crete became a Roman province.

Later Crete became part of the Byzantine Empire, but then was captured by Iberian Muslims who established a piratical emirate on the island. In 960, Nicephorus Phocas reconquered the island, which remained under Byzantine control until 1204, when it fell into the hands of the Venetians at the time of the Fourth Crusade. Venice’s rule, lasted more than four centuries.

Under the rule of Christian Venetians, the city of Candia was reputed to be the best fortified city of the Eastern Mediterranean. The Ottomans conquered Crete in 1669, after a 21-year siege of the capital, Candia.

During Ottoman rule, many churches and monasteries were converted to mosques.

In 1898, Crete, became a complex autonomous Cretan State under Ottoman suzerainty and was garrisoned by an international military force and a High Commissioner (Armostis), chosen by Greece. Finally, Crete was joined with Greece on 1 December 1913.